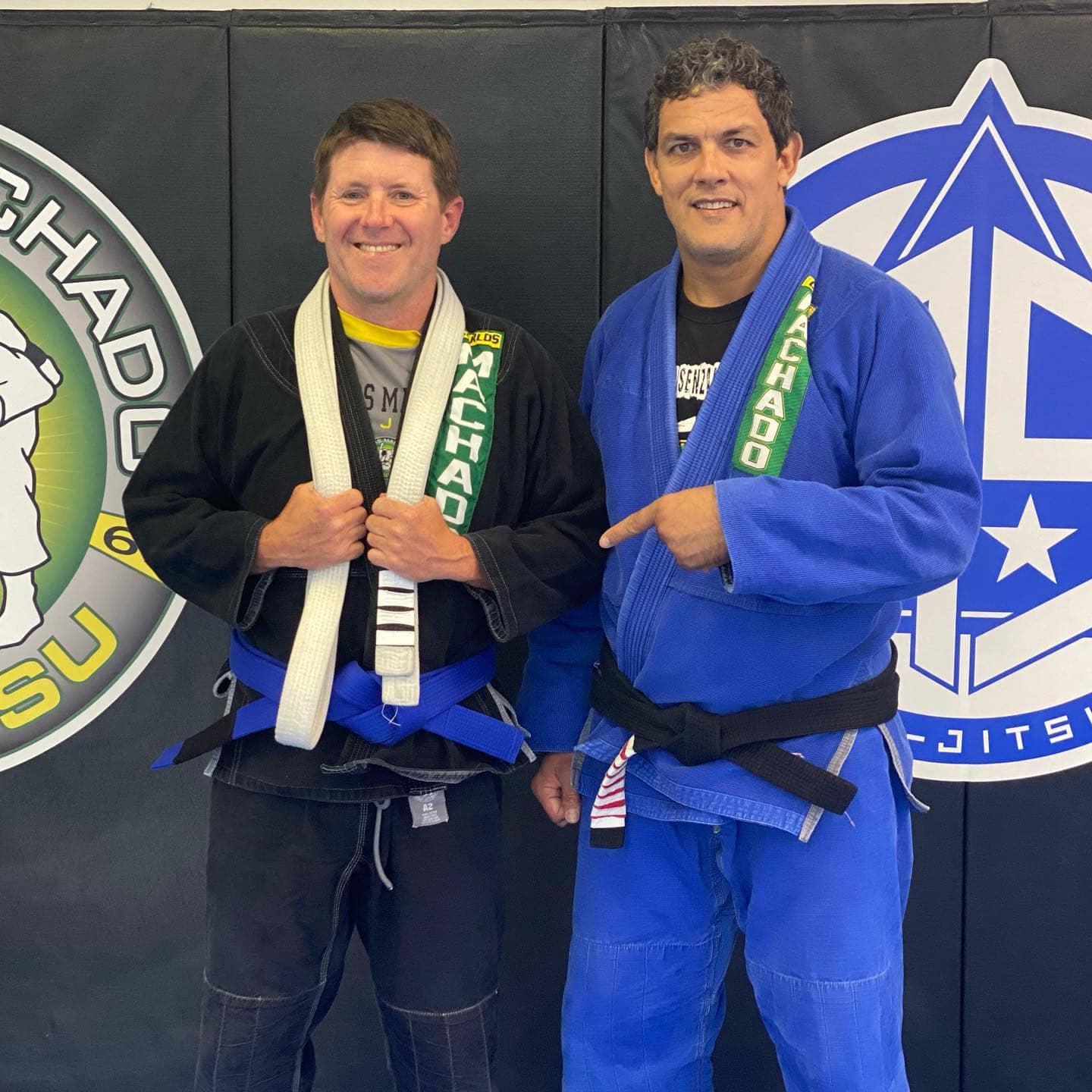 Perched behind his desk at Lake Highlands’ RCJ Machado Jiu-Jitsu studio, wire-rimmed glasses on his nose, piles of paperwork at his fingertips and a rescued Chihuahua mix named Rocky at his feet — Marcio Santos has come a long way since his days as a rebellious teenager picking fights on the streets of Rio de Janeiro.

Racism and segregation beleaguered his Brazilian barrio in those days, he says, his accent distinct despite more than a decade in the United States. But it wasn’t entirely bad — after all, a skirmish with a black classmate opened the door to capoeira, a martial art that would become a lifelong passion, and the culture surrounding it.

Though Santos since age 4 had practiced jiu-jitsu, a “gentle sport” rooted in tenets like self-discipline and humility, he was a feisty teenager with a short fuse.

After one street fight, he chased his opponent to a house in a nearby neighborhood. There, he met his rival’s relative, who happened to be an instructor at the local capoeira studio.