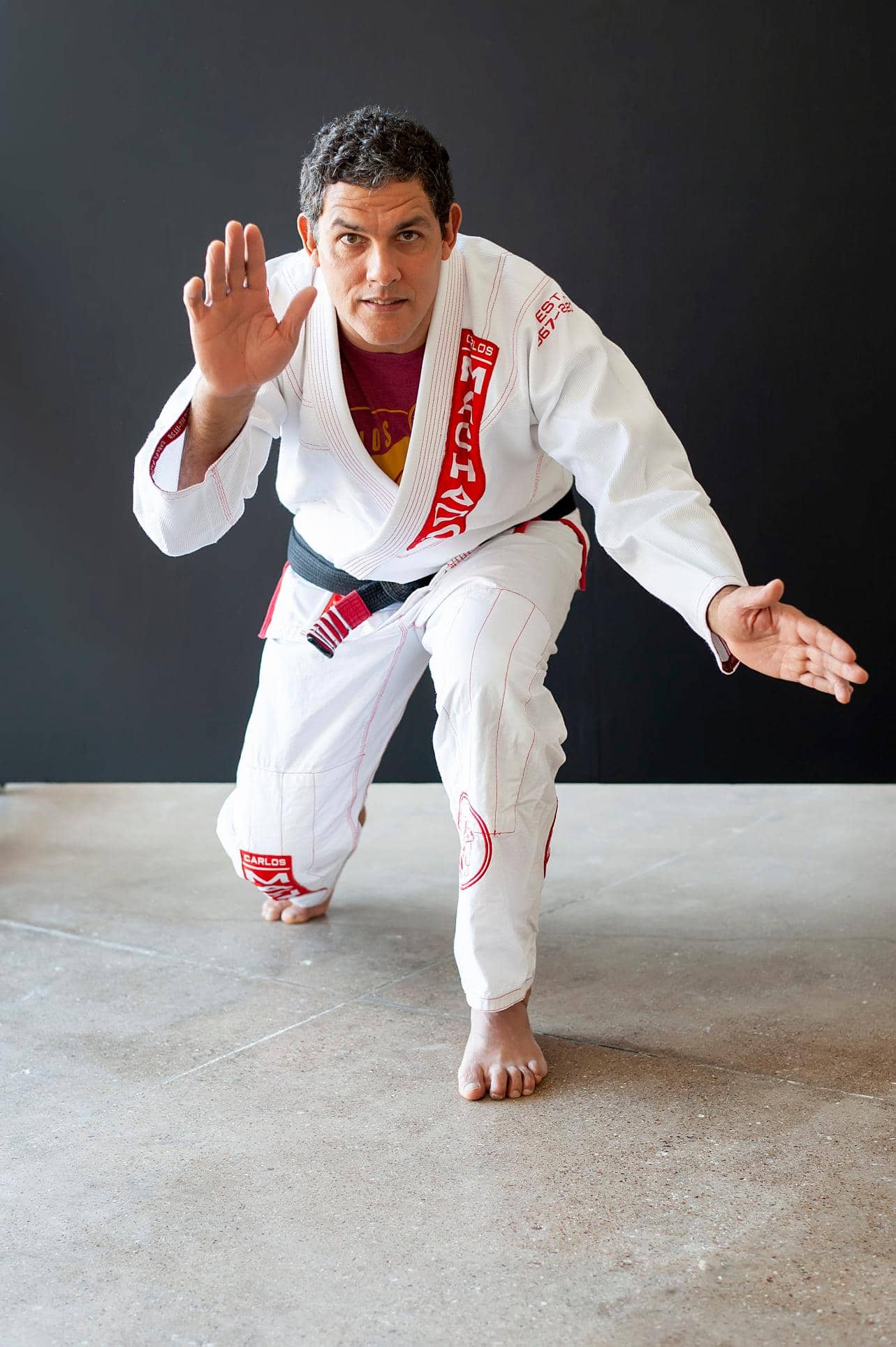 This is no small achievement! Prof. Santos has been on the mats since he was 4 years old, he has been a black belt for over 20 years and a beloved Professor for more than 15 years.

Mr. Santos, as his students call him, moved from Rio de Janeiro to New York in 2000, and started teaching alongside his brother Marcos Santos. After coming to Texas for a Machado Camp in 2008 Master Carlos Machado became his mentor and his friend, opened his arms and ultimately the doors for Mr. Santos to move to Texas in 2010, where he opened a school under his name, Carlos Machado Jiu Jitsu Lake Highlands in 2012.

Martial arts are more than an exercise or a way to fight or defend oneself, Santos says. “They are all of those things, but they also are something like a religion and a community. In the choice between healthy living and bad stuff, it is the positive choice. The moment you step on the mat you forget about the stresses of life. Problems at home all go away.”

Carlos Machado, is a member of one of the world’s most renowned jiu-jitsu family — the Machados are credited with introducing the practice to the United States. Carlos Machado opened a string of Brazilian jiu-jitsu schools and Santos owns the Lake Highlands franchise.

When asked why he came to America, Machado answers with a word, “Destiny.”

Santos is more pragmatic when explaining why he followed the Machados here. He wanted to make a living doing what he loves — teaching martial arts — and the economics back home just didn’t work.

Brazil was saturated with martial arts schools, Santos says, but the professors worked more for the love of the sport than money. Santos cites his beloved capoeira teacher, who taught him gratis, as an example.

Machado, revered in the jiu-jitsu world, has nothing but admiration for Santos.

“He is an outstanding individual — patient and caring and has a sense of humor. He provides such a friendly environment, I do not think it is uncommon for people at his school to become good friends,” Machado says of his mentee. Though Santos has been training more than 30 years and teaching more than 10, he says he prefers the title Mister to Master. Master implies that he has learned everything, he says, and he isn’t close. “I have something new to learn every single day,” he says.

Prof. Santos teaches every day of the week, working tirelessly towards offering a school that promotes overall growth (body, mind and soul). He teaches the kids not only Jiu Jitsu fundamentals, but also skills that will be useful in their life, like respect, compassion, empathy, communication, to love and respect their bodies, maintain a healthy lifestyle and much more. He teaches the adults the life changing powers of Jiu Jitsu, that unless you have stepped on a mat you might never know what they can do for you.

Mr. Santos one of the highest Black Belts in the DFW area, and the second highest belt under Carlos Machado, only behind his brother Marcos Santos who is also a 6th Degree Black Belt.

While he’s an eternal student, the thing that he loves the most is teaching, followed by his dogs and his students.

You can find Mr. Santos on the mats at his Academy in the heart of Lake Highlands. 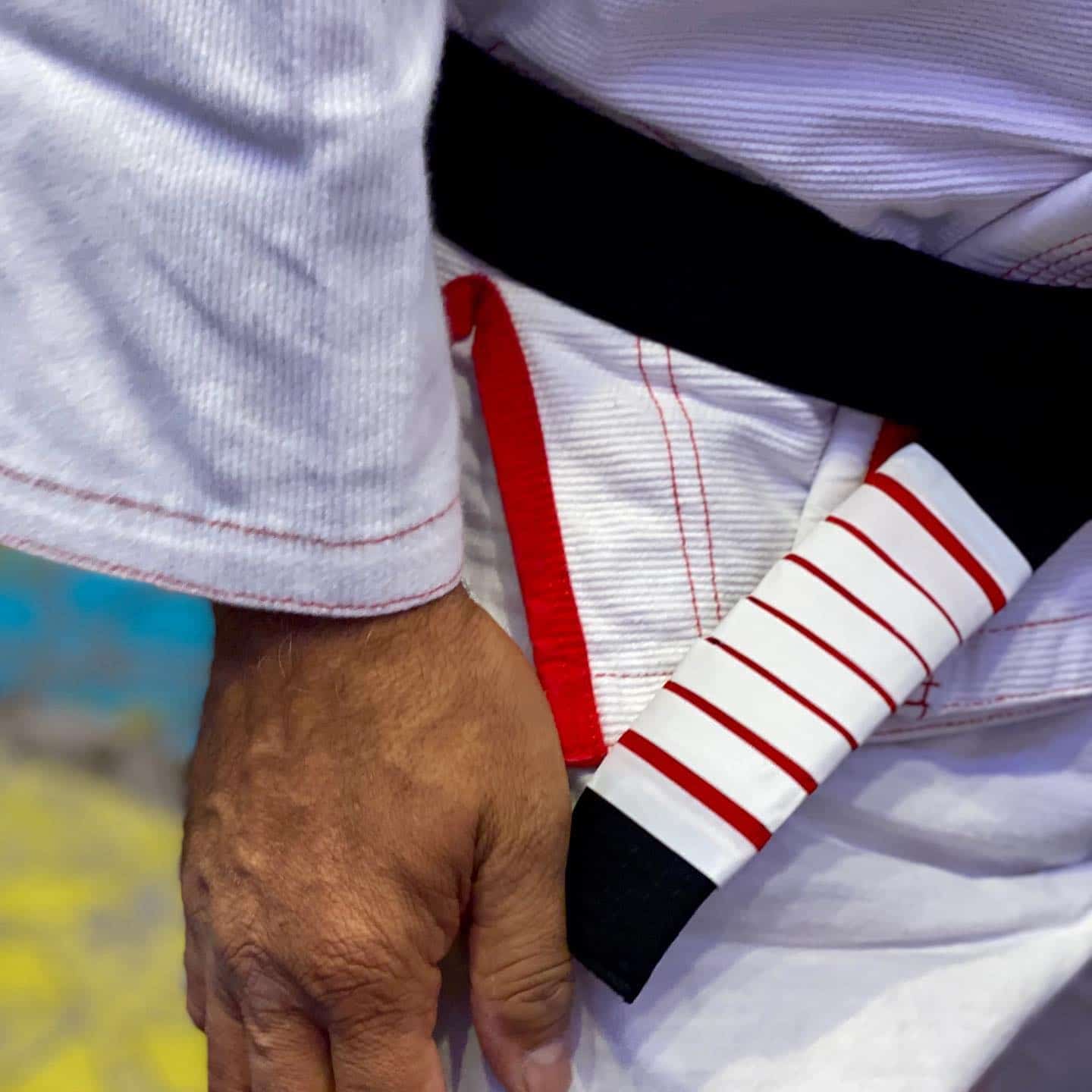 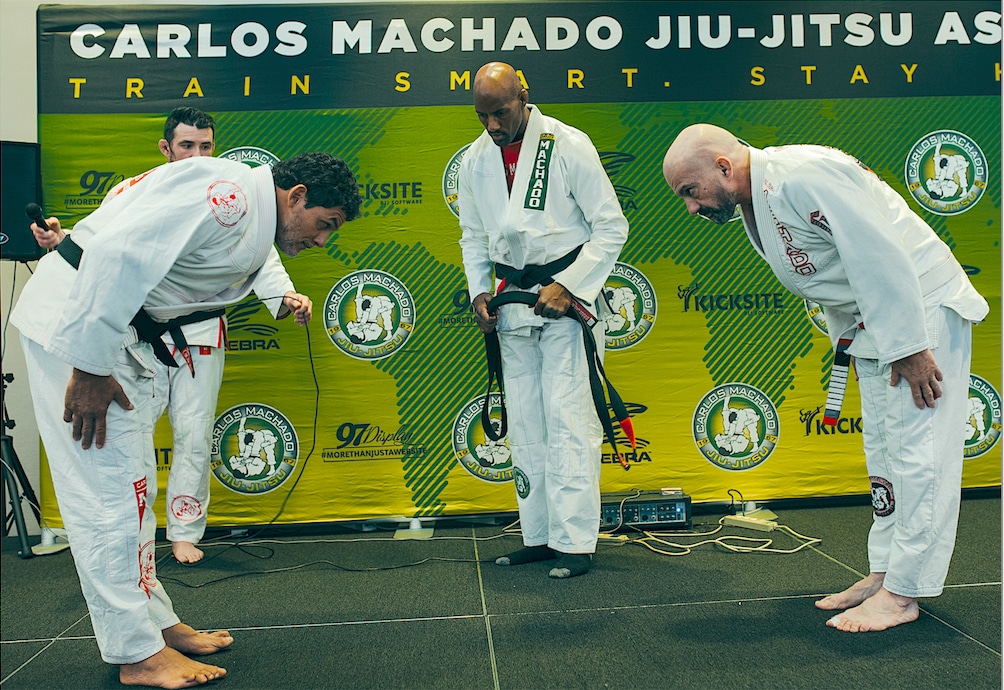 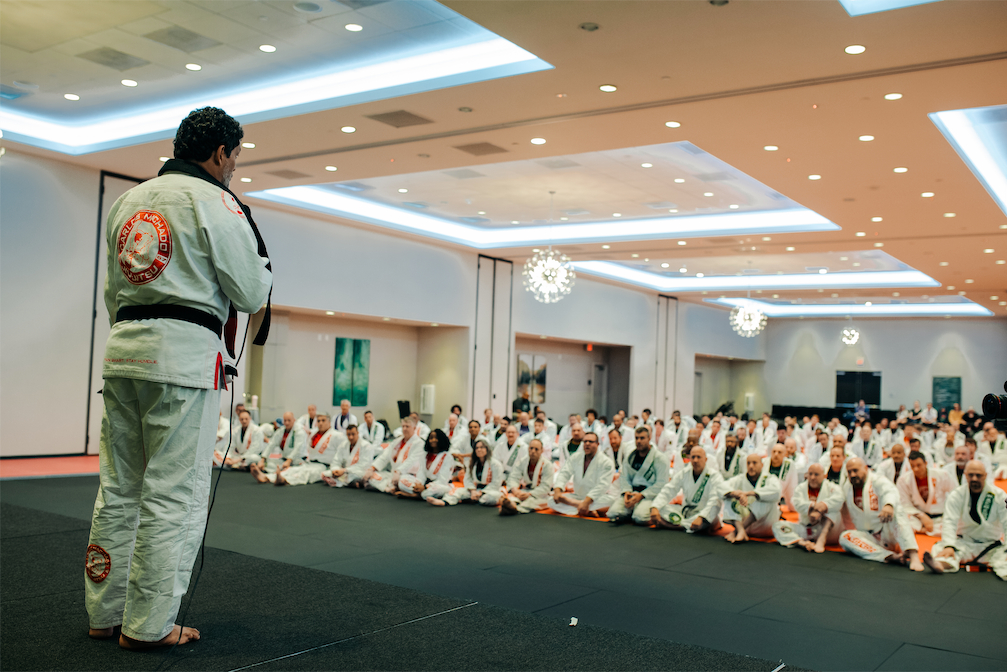