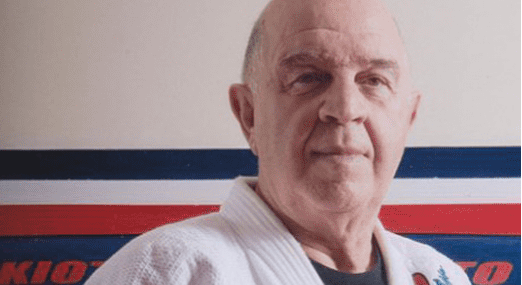 Here is a little bit of Grand Master Mansor’s story:

Franciso Mansor was born in 1940 in the Minas Gerais state in Brazil. In his teens Francisco Mansor moved to Rio de Janeiro, chasing one of his younger dreams, become an air force cadet. Mansor was 15 years old and already a martial arts student in a judo academy (ACM) when he start jiu jitsu classes with the legendary Helio Gracie.

He opened his school, Kioto Academy, in 1965 when he was 25 years old, was the first one to teach kids. Mansor had particular success working with youngsters, forming several great fighters with his kids program, and with his outstanding knowledge of grappling fundamentals as well as on the self defence aspect of BJJ, his class quickly became one of the most sought out places for childrens sporting activities in Rio de Janeiro.

He was awarded his Red Belt by the late Master Helio Gracie (one of only 6 men outside the Gracie family to receive the rank by Helio), being also regarded as one of the most respected men in the sport/martial art.